Our company was started as a one-person private company in 1956. We dealt with the solution of smaller mechanical problems like repairing devices, bicycles, and cars. 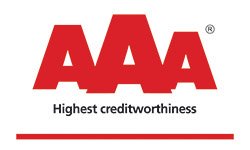